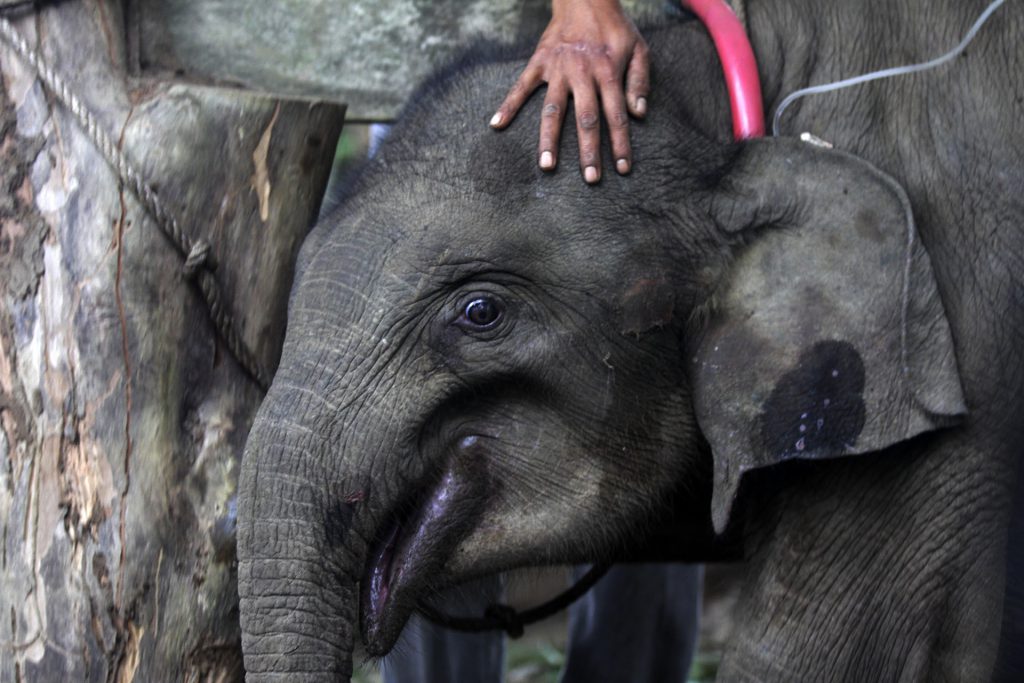 Crop raiding by elephants is the most prevalent form of human–elephant conﬂict and can result in devas-tating economic losses for farmers, loss of human lives and the killing or capture of elephants. Chilli (capsaicin)-based elephant deterrents have been promoted as tools for reduc-ing such conﬂict but have been little tested. From October 2005 to April 2006 we tested crop-guarding systems around Way Kambas National Park in Indonesia. We evaluated the effectiveness of community-based guarding using traditional tools (e.g. noise-makers) at one site and community-based guarding plus chilli-grease-covered fences and tripwire-triggered sirens at another site. We monitored human–elephant conﬂict rates around the Park to assess the effectiveness of our mitigation trials. Over the trial period there were 34 attempts by elephants to enter crop ﬁelds at the chilli and sirens site and 57 attempts to enter ﬁelds at the conventional site but 91.2% of attempts were repelled successfully at both sites. Over the same period there were 401 crop-raiding incidents elsewhere around the Park. In 2007 farmers at both our former sites voluntarily adopted the methods that had been used at the conventional site, but not at the chilli and sirens site, and were able to repel 156 of 178 (87.6%) attempted elephant raids. We conclude that com-munity-based guarding using conventional tools is the key to keeping elephants out of crops and that chilli-grease fences (and sirens) do not add any signiﬁcant deterrent effect but do add expense and create additional work. However, other chilli-based deterrents may be effective and chillies have value as elephant-resistant cash crops.